Kendrick Lamar in Ghana for a private listening party of ‘Mr. Morale & The Big Steppers’ album

A photo of American rapper, Kendrick Lamar and his team enjoying dinner in Ghana has gone viral on social media. 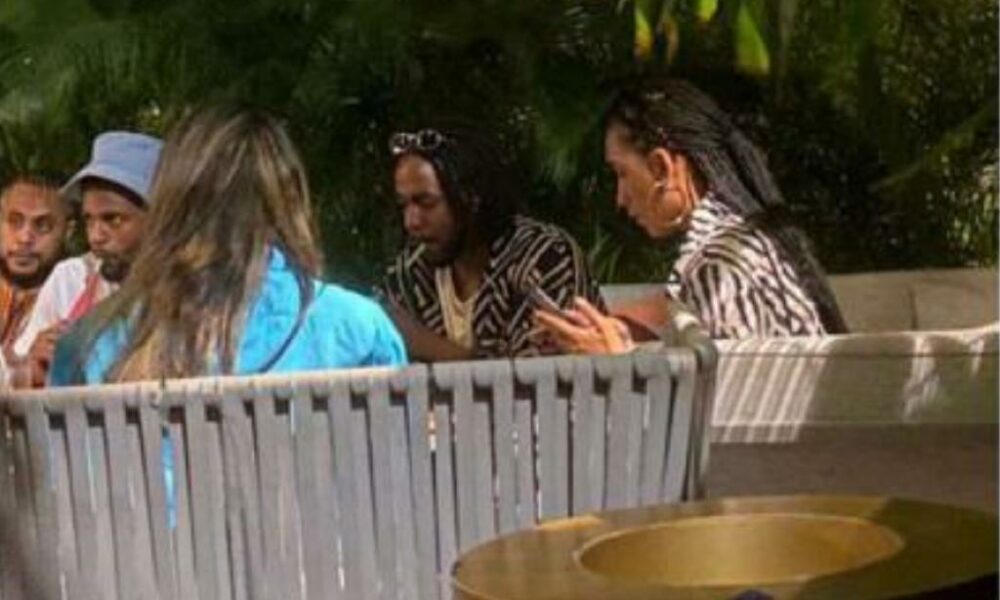 According to a series of tweets by Citi FM/TV’s entertainment journalist, Olele Salvador, Kendrick is in the country for a listening party for his new album, ‘Mr. Morale & The Big Steppers’ and also shoot a documentary for the album.

“Kendrick Lamar is indeed in Ghana. Deep throat sources confirm to me that he’s been here for a while ahead of his album launch. This is part of a partnership with a giant streaming platform. The viral picture is from this video of him & his team eating at Kōzo, Accra.

Kendrick Lamar will have an album listening ‘party’ with a selected few music executives & culture enthusiasts on Saturday at an undisclosed location. This is in addition to a documentary he’s shooting here in Ghana to activate the global release of his album.”

Global music streaming platform, Audiomack also confirmed the news in the tweet below.

oklama spotted in Accra celebrating the release of ‘Mr. Morale & The Big Steppers’ if i hear a Ghanaian feature or producer on Kendrick’s new album i will scream.