This East African nation is known for stability. But drought and rising prices are fueling insecurity

Nairobi, Kenya (CNN)A maelstrom of howling brown dust engulfs travelers through Isiolo. A few weeks earlier, 11 people were reported to have been killed around the north Kenyan town in the space of 10 days.

The pestilence of Covid is still in the dust-choked air, the ground is baked by drought. The murder and misery would seem biblical -- if they were not so very modern.

They've already played out on the other side of the continent where climate change and overgrazing have hastened the spread of the Sahara desert south into Mali, Niger, and northern Nigeria.

Indeed the Sahel and the Maghreb have experienced widening desertification and, alongside it, frantic humanitarian crises and growing violence, especially from Islamic extremists.

In Kenya, the killings in the north do not (yet) have a neo-religious drive. But growing insecurity, in a country that's been traditionally seen as the stable diplomatic and humanitarian hub in the Horn of Africa torn by war, is being fueled by many of the same factors that have set the Sahel aflame.

The murder of dozens of people over the last two years, including two chiefs in Marsabit, 160 miles north of Isiolo town, and eight others in one attack last May not far from the regional capital, has prompted a ferocious crackdown by Kenya's police and other forces. 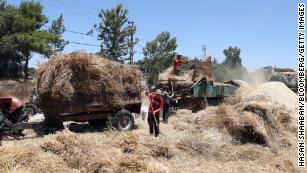 After one sweep through Marsabit county in June, police captured 200 machine guns, automatic rifles, and other weapons plus about 3,000 rounds of ammunition.

Just as in west Africa, Kenya's problems are being deepened by climate change.

Kenya is enduring its worst drought in 40 years, according to the government and UN. More than four million people are "food insecure," and 3.3 million can't get enough water to drink.

Across the Horn of Africa, that figure leaps to 11.6 million.

Ileret, on the northern shore of Lake Turkana, is famously parched. But the local nomadic pastoralists have managed to exist, even thrive, in harsh conditions for centuries. Their herds of goats and camels are periodically fattened by fresh pastures that emerge from the savannah when it, occasionally, rains.

For more than two years it just hasn't. Local officials in the Ileret district told CNN that around 85% of livestock here has perished. Surviving herds are being driven south in search of grazing.

Either way, those left behind have close to nothing to live on. 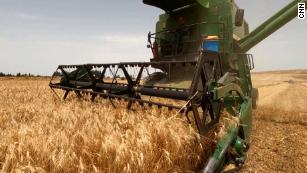 Akuagok is a widow who lives in a manyatta (collection of nomadic huts) about half an hour north of Ileret. It keeps some of the desert wind but little of the dust out of the lungs of her six children.

She survives on a meal every three days, which depends on whether she's able to sell charcoal in Ileret to buy unground wheat which her older kids grind by hand with a stone and then mix with water into chapattis

"I eat when I can. Mostly I don't eat every day. Sometimes when I sell charcoal I can eat maybe once or twice in three days," she says.

Her youngest, Arbolo, is two. He wails when he's laid down for a height measurement at an outreach mission from Medecins sans Frontieres (MSF) -- but is listless when the circumference measurement of his upper arm shows up red on the MSF tape that measures the extent of malnutrition. The red means he's severely acutely malnourished -- what most people would say is "starving." 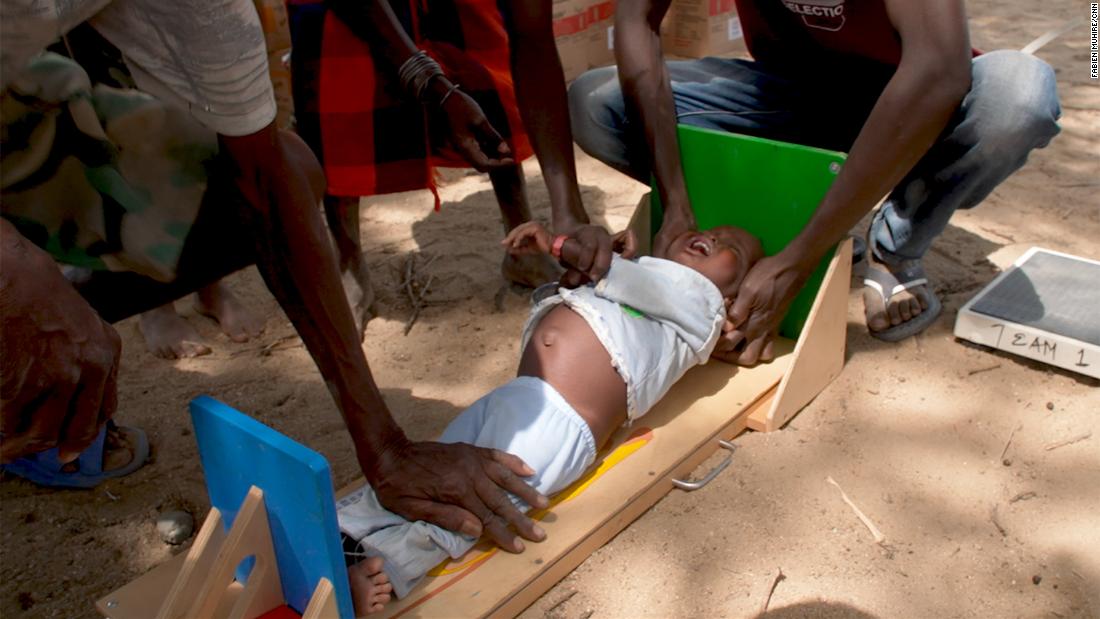 A malnourished child being measured in Ileret, northern Kenya.

Members of Akuagok's tribe, the Daasanach, crowded around her shouting their own stories of loss -- loss of friends to illness perhaps caused by hunger, loss of animals, and how now, even when they make a very little cash, it's never enough to get by.

Here, in Ileret, the cost of food has trebled since Russia invaded Ukraine on February 24 this year. Ukraine used to produce 11.5% of the world's wheat for export and 17% of the world's export market of maize. Maize flour, known as ugali, is Kenya's staple. Across Kenya, the price of Ugali has at least doubled for most people.

Even if it rains in Ileret, Akuagok's life won't improve much. She has no animals left and food prices are unlikely to fall much. The United Nations' World Food Programme, which might step in, usually gets 40% of its wheat from Ukraine. The UN's Food and Agricultural Organization is appealing for $172 million in aid for the Horn of Africa to head off catastrophe. But as the war in Ukraine continues, that figure will surely rise. 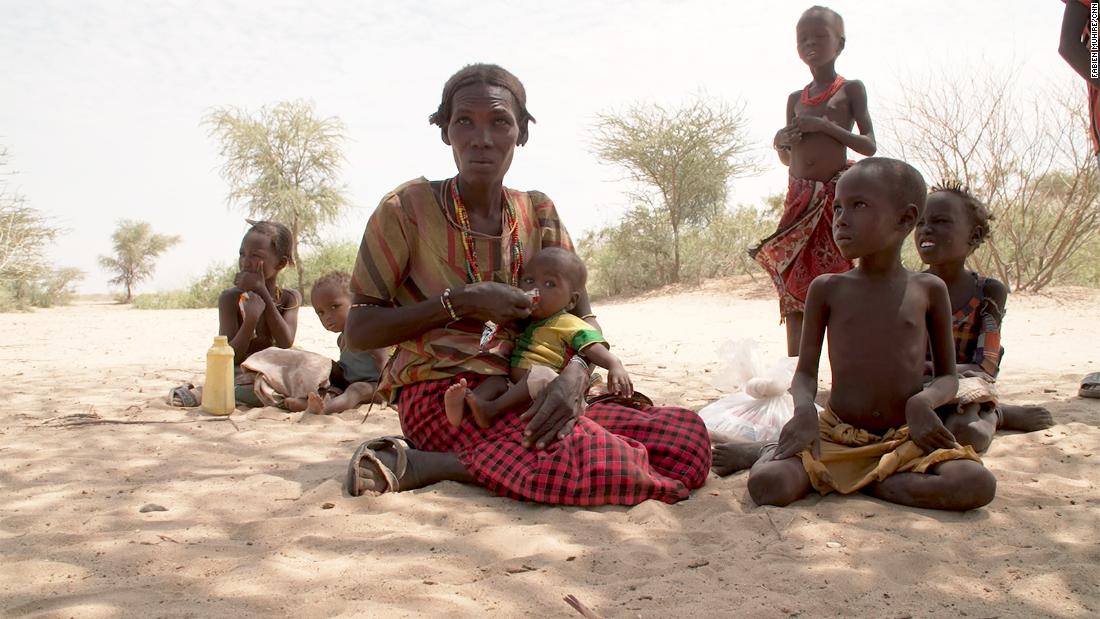 A mother feeding her malnourished child in Ileret, northern Kenya.

Kenya has experienced bouts of lawlessness and land invasions before. But for many, even people used to seeing their own ethnic group violently take over grazing, or raid cattle, there's been a shift for the worse in Kenya.

Lemarti Lemar, a Samburu community leader, and well-known musician says he has lost "at least 30" cattle to the drought.

"People are just losing everything they own. If a guy loses 50 cattle that's a loss of $25,000 or more. But more dangerous is that the young moran (warriors) have no cattle left to look after. They get hold of illegal guns, they have nothing to do. They've stopped listening to the elders and some have become gangsters," he told CNN.

Kenya faces general elections in the middle of next month. The process often provokes fears of instability in the country and, if the results are contested, the potential for political violence could escalate.

In the marginalized communities across the northern counties, urban-based politicians have paid lip service to the unfolding horrors. The government ended, and swiftly reinstated, subsidies on fuel in July. But as Kenya's population is largely centered in the center and south of the country, northern insecurity hasn't been a major election issue. 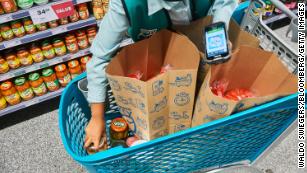 Higher food prices and slumping trade. How the war in Ukraine could hit Africa

But that may be forced on the central government after the elections, as pastoralists seeking grazing now bring camels to browse on hedges in Isiolo.

Seeking pasture, they've invaded wildlife parks and sanctuaries, bringing them ever closer to the tourist attractions that are one of Kenya's biggest export earners.

No effort has been made to drive them out but the heavy toll their livestock takes on the landscape means it will struggle to recover in the next rains, if they ever come.

Past experience across Africa has shown that drought combined with overgrazing means when rains do fall, they wash away topsoil in vast quantities. Once that happens, there's little left but desert, after just a few years.

"Any time you get people who are hungry and without other options you've got a security situation. (In) Northern Kenya we're bordered by South Sudan, Ethiopia, and Somalia, all of which are still in the grip of conflict that spews small arms into this ecosystem, so you've got a lot of weapons up here and increasing hunger so, yeah, I'd say that's an increasing security concern," said Frank Pope, CEO of charity Save the Elephants, based in Kenya's Samburu National Reserve.

Pope's organization also works with elephants in Mali, West Africa, much of which, he now warns, was savannah not long ago but now sustains only "elephant, goats, and insurgents."

The combination of drought, soaring food and fuel prices due to a distant war, a burgeoning population, and civil wars on Kenya's doorstep is an incendiary mix.

And that may be bad news for humanitarian operations in neighboring Somalia, Ethiopia, and South Sudan which depend on Kenya's ports, and relative calm, as a base of operations and essential location for logistics.

And as the effects of climate change take hold in Kenya, as children face malnutrition and their mothers waste away, compounded by the desperate battle for nomads and pastoralists to survive, this once stable region is showing few signs that it can cope alone.